The Children Of Tikva 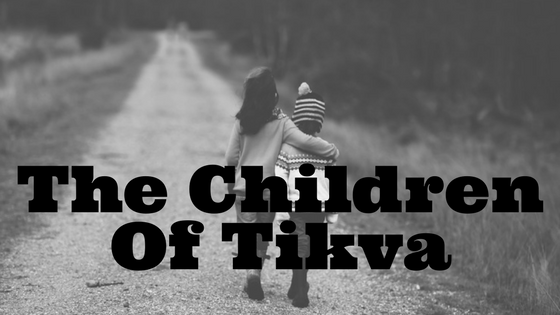 Some children do not get the white-picket-fence upbringing that so many others are born into. No spacious home with a lush backyard to play in. No mother and father, happily married, to shower them with the affection, support, and warmth all growing children deserve. No consistent area of life to serve as a positive example or to promise a stable future.

But that does not mean that these children don’t have just as much potential as other children. All they require is a safe-space where there are individuals who not only recognize this potential, but are dedicated to bringing this potential out of them.

For many, this safe-space has a name: Tikva Children’s Home. With open arms, they welcome children of any age, which includes those as young as infants, who typically remain under their care until they are sixteen years of age. When these children first come to Tikva, they have already experienced more suffering than adults three times their age. These traumatic beginnings to life often leave children to suffer various complications that range from medical ailments to psychological and developmental disabilities.

The heartbreak of seeing these children when they first come to Tikva are quickly replaced with feelings of happiness and inspiration as these children grow into their roles as independent, capable adults. Through the love they received while under the care of Tikva staff members, they are now destined for a good life, just as they would have been if they would have been raised in a more stable home at the onset of their lives.

Who are the children of Tikva?


Tikva is not discriminatory in who they take in. But there are three common reasons for why a child would come into the care of Tikva.

Children who are orphans.


Children who are found living on the streets or in the surrounding state orphanages, often separated from their other siblings, are located and brought into Tikva’s home.

Children who live in abusive homes.


These children live in the home of either one parent, both parents, or another living relative. They may have a living space, but these homes are unfit to live in because their caretaker(s) are either abusive and neglectful or there are dangerous risks inside the home, like alcohol or drugs.

Children who live in poverty.


There are children that come into Tikva’s care that are lucky enough to have a parent or family member who truly cares about them, yet, due to economical circumstances, they are unable to provide the basic necessities that are needed for survival.

No matter where these children come from, one thing applies to all of them: they deserve the opportunity of a better life. That is why I have founded the Tom Leydiker Foundation and have made it my purpose to fund organizations, such as Tikva Children’s Home. They require the means and resources to provide adequate care to improve the lives of these children who have already lived through so much pain and anguish.